What The Beatles Can Teach You About Your Job 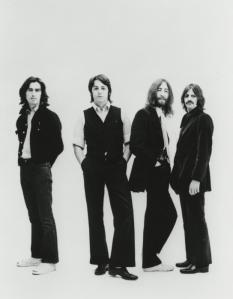 Recently, I read a book entitled, You Never Give Me Your Money: The Beatles After The Breakup by Peter Doggett. In it, the author details the breakup of what many consider the greatest band ever, as well as the aftermath that enveloped the various other business entities that grew out of the group.  While it was certainly a breakup caused by creative differences, the Beatles‘ parting was, in a sense, a business breakup as well.  The four lads from Liverpool who started with little but a dream in 1960 were, by 1969, vastly different people, each with different viewpoints, different ideas as to their role in the band and the world at large, larger egos, and even bigger bank accounts (to say nothing of the effects of their use of mind altering substances and belief in the power of 1960s era hippie idealism).  Though Doggett offers no opinions on who to blame for the ultimate breakup of the Beatles, in its’ simplest sense, the four primary employees of what became a huge corporation could no longer stand to work together.

So what does any of this have to do with employment?  Well consider your current position versus where you started.  If you find your job description, responsibilities, or expectations are different, and you’re not happy about it then, believe it or not, you have something in common with the Fab Four!  And like John, Paul, George, and Ringo, you can do something about it. It’s never too late to start planning your next career move and it is always better for you to decide to move on, rather than the company telling you it is time for you to look for new employment.

Especially in today’s environment, don’t overlook the fact that the company you’re currently working for may be merged/acquired and the name changed. Consider names like Arthur Anderson, Enron, Standard Oil… Some merged, some broke-up, some went belly-up, but the end result was the same. That company was and is no more.

As the Beatles so aptly sang a long time ago, it is a Hard Day’s Night, the world of employment is ever-changing, and you simply can’t afford to Let It Be. Ultimately, it’s more fun for you to be in control of that change than it is to give the control to someone else. And if You Are The Walrus, don’t you want to be the one that decides where you swim?